Does Vitamin D Contribute to MS? - Would You Like To Help Find Out?

Come and talk to the experts and be involved in reasearch!

We are currently organising a series of Patient Open Days to be held at the University of Oxford throughout March. As part of these days, we would like to invite MS patients to come and take part in one of our studies. We hope to take a small amount of blood to look at gene expression.

The open days will also consist of Prof. Ebers and other experts giving lectures about our research with an emphasis on the role of vitamin D in MS. There will also be time for the patients to talk to us more informally and a tour of our state of the art facilities.

Breakfast will be provided and travel will be arranged.

Please contact us if you are interested. Professor George Ebers, email lahiru.handunnetthi@gtc.ox.ac.uk or call 01865 287 659.
Posted by Unknown at 16:27

The RCN is campaigning for guaranteed access to specialist nursing care for all patients with long term conditions.

The NHS could save millions of pounds by investing in nurses to support people with conditions like Parkinson's and multiple sclerosis, a union said.

Specialist nurses help keep people out of hospital by offering advice on medication and day-to-day living with an illness, the Royal College of Nursing (RCN) said.

It estimates £56 million a year could be saved on care for people with Parkinson's through greater use of specialist nurses. Meanwhile, £180 million could be saved by treating multiple sclerosis flare-ups at home rather than in hospital.

Another £84 million could be saved if specialist nurses supported people with epilepsy rather than relying on GPs.

The RCN surveyed almost 300 specialist nurses working in 60 NHS organisations and charities and found only 36% believed all those patients who needed specialist nursing currently received it.

Of the 49% who identified problems accessing specialist care, 69% said specialist nurse services are overloaded and cannot take on new patients. More than a third said they had seen cuts in services over the last 12 months while 57% are concerned jobs will be threatened in the near future. Most (95%) of those seeing cuts said they were within the NHS.

Specialist nurses work in a range of areas, including cancer, diabetes and asthma.

Dr Peter Carter, general secretary of the RCN, said: "Nurses realise that whoever wins the next election will be looking to make savings and to deliver more for less.

"While the temptation may be to cut or downgrade specialist nursing roles, this would be a false economy which would only add to the growing cost of treating long-term conditions. In fact, specialist nurses save money through the better management of conditions, keeping patients out of hospital, and advising on the best drug and other treatments."

The RCN said the NHS was in such debt in 2006 that many specialist roles were lost, frozen or downgraded.

Full guidance aimed at clarifying what factors might mitigate against someone being prosecuted for helping another person to die is due to be released. 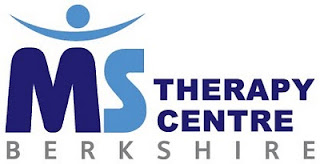 Multiple sclerosis is a devastating disease which, until recently, had no possible cure. Martin Jones suffered with MS for 13 years. But following a groundbreaking operation on his throat, Martin is now enjoying using parts of his body he thought he had lost forever. Reporter HOLLY THOMPSON talks to him about his remarkable recovery."

MacIntyre: MS Do the Drugs Work?

Invitation to a Market Research Study with a £60.00 Thank You - Limited Places!

UPDATE 23rd Feb - please note that a suitable candidate has been found from this blog post yesterday - this post is now just for your information, please do not apply:

Insight International have sent us the following information to publicise to our MS members:

"We are currently conducting a study to gain an insight into the area of the treatment of multiple sclerosis in order to help plan for the future.

The discussion will be very informal and an honorarium will be paid of £60 as a thank you for your time. The discussion may be audio recorded, videoed and/or viewed. Tapes are used for analysis purposes only and are always destroyed afterwards You have the right to withdraw at any time during the discussion

All discussions would be entirely confidential, and the names /addresses of those involved are guaranteed not to be passed to any third party. Any information you disclose will be treated in the strictest confidence and the results are pooled so no answers are attributable to any individuals. I would like to reassure you that we abide by the Data Protection Act and a range of industry codes of conduct (including MRS, ESOMAR guidelines), regarding anonymity and confidentiality. The aim of this market research is to gain your views and is not in any way promotional.

We look forward to hearing from you.

On behalf of Insight Medical Research"

I picked this up from the CCSVI Facebook forum which is a really interesting read! It would be fantastic if there really is something to this. My personal intrigue is the hypoxia angle which could explain why so many people feel that Oxygen Therapy helps to relieve symptoms of fatigue. Early days I know but this is a fascinating theory! It would be really good news for the MS Therapy Centres who have been providing this therapy for the last 27 years despite all of the scepticism, I'm sure Prof. James is watching with intrigue!

Glasgow Health Solutions are actively seeking to offer scanning for CCSVI in the UK in 2010 in both London and Glasgow.

The Doppler ultrasound scan required to show the CCSVI abnormalities has been specially adapted and requires specialist training from Prof Zamboni and his team. It is vital to work with the recognised specialists in this field and they hope to have ultrasound technician trained by Dr Zamboni later this year.

The cost of the scans in the UK is still to be finalized but should be around 250 to 300 pounds. They are also liasing with intervention radiologists to develop treatment centres in the UK.

Helen Yates, MSRC Chief Executive said: "MSRC is fully supportive of Essential Health Clinic's efforts to enable scanning for CCSVI in MS patients in the UK. Currently anyone who believes that they have this problem has to go to Europe even just to get scanned, never mind treated. Enabling the scanning to take place here in the UK will represent a big step forward for people affected by Multiple Sclerosis who believe this venous insufficiency problem lies at the root of their MS"

Today the MS Society launches its 2010 Manifesto in a serious and high profile attempt to encourage the next Government to act upon MS inequalities.

The document sets 10 powerful calls for the next Government to act upon. Collectively the calls outline the major inequalities in access to drugs, treatments and support that people with MS often need to live independently and live life to the full.

We are desperate for some more volunteer Marshals to help us fulfill the 40 that we need to provide for the Reading Half Marathon on Sunday 21st March.

It's an exciting event with lots going on and a good opportunity to get involved without having to run the race!

Sky News – Martin from CCSVI UK talking about the latest news on this theory:

Should the MHRA make information about medicines available online?

The MHRA (Medicines and Healthcare products Regulatory Agency), the UK medicines' regulator, is seeking views on making information on medicines available to the public.

The MHRA is the government agency responsible for ensuring medicines and medical devices work and are acceptably safe.

If you have a condition such as Multiple Sclerosis, stroke, head or spinal injury, Parkinson's Disease, Motor Neurone Disease, Huntington's Disease, Amputee, Cerebral Palsy, Spina Bifida, Chronic Fatigue Syndrome (ME), Myasthenia Gravis, Korsakoffs Syndrome, Muscular Dystrophy or Epilepsy or you look after someone with disabilities

For further details on how to book please see: http://www.reading.gov.uk/latest/news/NewsArticle.asp?id=SX9452-A784A324

Finding a treatment for multiple sclerosis holds as much promise for Hamilton as it does for patients.St. Joseph's Hospital is one of just two places in Canada testing Italian vascular surgeon Dr. Paolo Zamboni's controversial theory that MS is a vascular disease -- a radical departure from long-held beliefs that it's an autoimmune condition. The University of British Columbia is the other place.